WARNING: Aboriginal and Torres Strait Islander viewers are warned that this site may contain images and voices of deceased persons.

Reconciling Australia’s history from the heart

At 9 am on Wednesday 13 February 2008, then prime minister Kevin Rudd made a historic speech.

“Today we honour the Indigenous peoples of this land, the oldest continuing cultures in human history,” he began. “We reflect on their past mistreatment. We reflect in particular on the mistreatment of those who were Stolen Generations — this blemished chapter in our nation’s history.”

When Mr Rudd completed his 3,800-word speech, ubiquitous applause greeted him in parliament, tears were shed, hope for positive change was seemingly realised; millions of people watching and listening across the nation felt and expressed the same emotions.

Still, at least at the political level, the process of reconciliation is slow. Commencing in December 2016, The Referendum Council hosted a series of Aboriginal and Torres Strait Islander-designed First Nations Regional Dialogues, which culminated in the National Constitutional Reform Convention at Uluru in May 2017. The convention’s 250 Indigenous delegates produced ‘The Uluru Statement from the Heart’; while not unanimously accepted, it is a document designed to guide Australia down the fraught path of reconciliation.

However, come October 2017, then prime minister Malcolm Turnbull said the ideas within the statement weren’t “desirable or capable of winning acceptance”. Consequently, the government received and noted the statement and took no action.

Meanwhile, the statement still lives as a manifesto for a way forward. In fact, BHP and Rio Tinto recently endorsed the Uluru Statement, including the statement’s call to establish a Makarrata commission. In very simple terms, Makarrata is a Yolgnu word synonymous with ‘treaty’, with the principals of conflict resolution, peacemaking and justice at its core.

Kevin Rudd expressed a similar view in his Sorry Speech when he said:

There comes a time in the history of nations when their peoples must become fully reconciled to their past if they are to go forward with confidence to embrace their future … My proposal is this: if the apology we extend today is accepted in the spirit of reconciliation, in which it is offered, we can today resolve together that there be a new beginning for Australia. 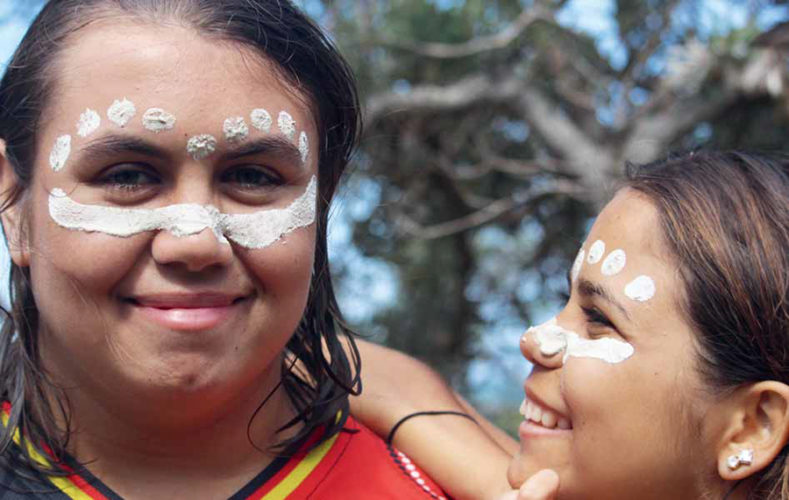 The spirit of reconciliation is strong at Maclean High School. Its award-winning River of Learning Program’s success is attributed to Yaegl elders (and the students they teach) having direct input into the program, which is supported by Macquarie University and its research into Yaegl bush tucker and medicine.

In December last year, the school and sixteen Indigenous students worked with Desert Pea Media to produce an original song and video. Desert Pea Media is a charitable organisation that works with Indigenous young people in regional and remote areas of Australia, using contemporary storytelling techniques and audio-visual media to foster important social and cultural dialogue. The song created is Yaegl Biirrinba (This Is Our River), which aims to help students “critically think about how to create positive change for yourself, for each other and for our communities”.

Scene caught up with two of those students, Brianna Roberts, 16, and Melanie Laurie, 17. Mel is president of the school’s Aboriginal Education Consultative Group and Brianna is a past vice president.

Mel says reconciliation is important to her and the wider community because “it shows people our culture and contrasts with other cultures. It creates a more harmonious society where people can understand each other.” She says “listening to other people’s stories and having conversations with people to learn more about them and their background (their story)” is important, too.

Brianna says she is “becoming more aware of what reconciliation means” and has a similar view to Mel. “It connects us all together and we can share our stories and makes all societies a better place to live and work.”

She says producing the song and video was and is “about being positive and working together as a group. Making this video, we had a lot of special times, as well as a fun time, with them during the workshops and during the filming.”

“Our Elders are inspirational people who do not dwell on the past; all they want is the best for us, and for us to strive as much as we can — to take every opportunity that is given to us and to thrive.”

Looking towards their futures after leaving, Mel says she wants to be a police officer or Aboriginal youth worker, “to help young Indigenous people to come through as a new generation, to help them get on in life (and don’t be afraid of culture)”.

She says “going down to the Macquarie University science thing (we can understand bush tucker through science)” guided her towards that desire. “A couple of years ago, when I was in Year 10, I wasn’t the best student,” she says. “[Now] I just want to help the community out, or help someone out with the culture. I want to bring in what the Elders have been doing for us, they are the voice.”

Brianna says she wants to “study criminology when I go to uni; [but] if that doesn’t work I want to study social science. It’s good to have two things, because if one doesn’t work out and I don’t become a police officer, I can become a social worker. I want to be a social worker to help kids that are going in and out of homes – that would be good for me because…”

When Kevin Rudd said in his Sorry Speech that “we can today resolve together that there be a new beginning for Australia”, he could have been talking about young students like Brianna and Melanie, who are, in effect, “building a bridge between Indigenous and non-indigenous Australians”, as Mr Rudd opined, “a bridge based on a real respect, rather than a thinly veiled contempt”. 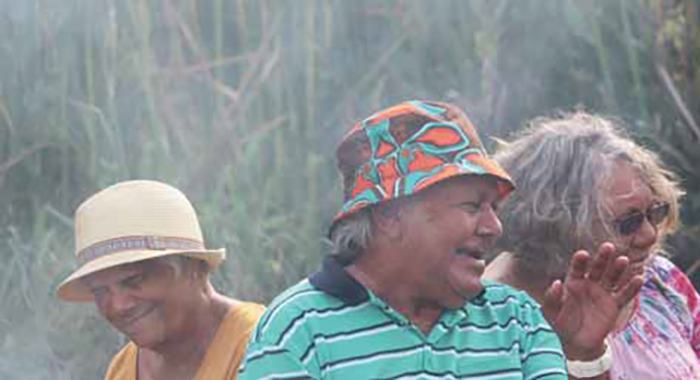